Often overshadowed by roses, peonies, and the like, the dahlia flower stands as a beguiling bloom in its own right. Composed of dainty florets harmoniously forming a star-like flower head, it is a true and reliable classic. Often resembling pompoms or anemones, they are playful yet mature, delicate yet strong.

Read on to find out more about the rich history of the dahlia – a great seasonal choice for flower delivery in Glendale and beyond!

Dahlias are a diverse genus in the same family as asters and sunflowers. Today, there are 50,000 varieties of dahlias, in a rainbow of colors and shapes. According to the American Dahlia Society, there are 19 different flower forms of dahlias. Many varieties have delightfully fun names, like Moonfire, Pink Giraffe, and Boogie Woogie.

Native to Mexico and South America, the dahlia is recognized as the national flower of Mexico. In the United States, it is the official flower of both Seattle and San Francisco. 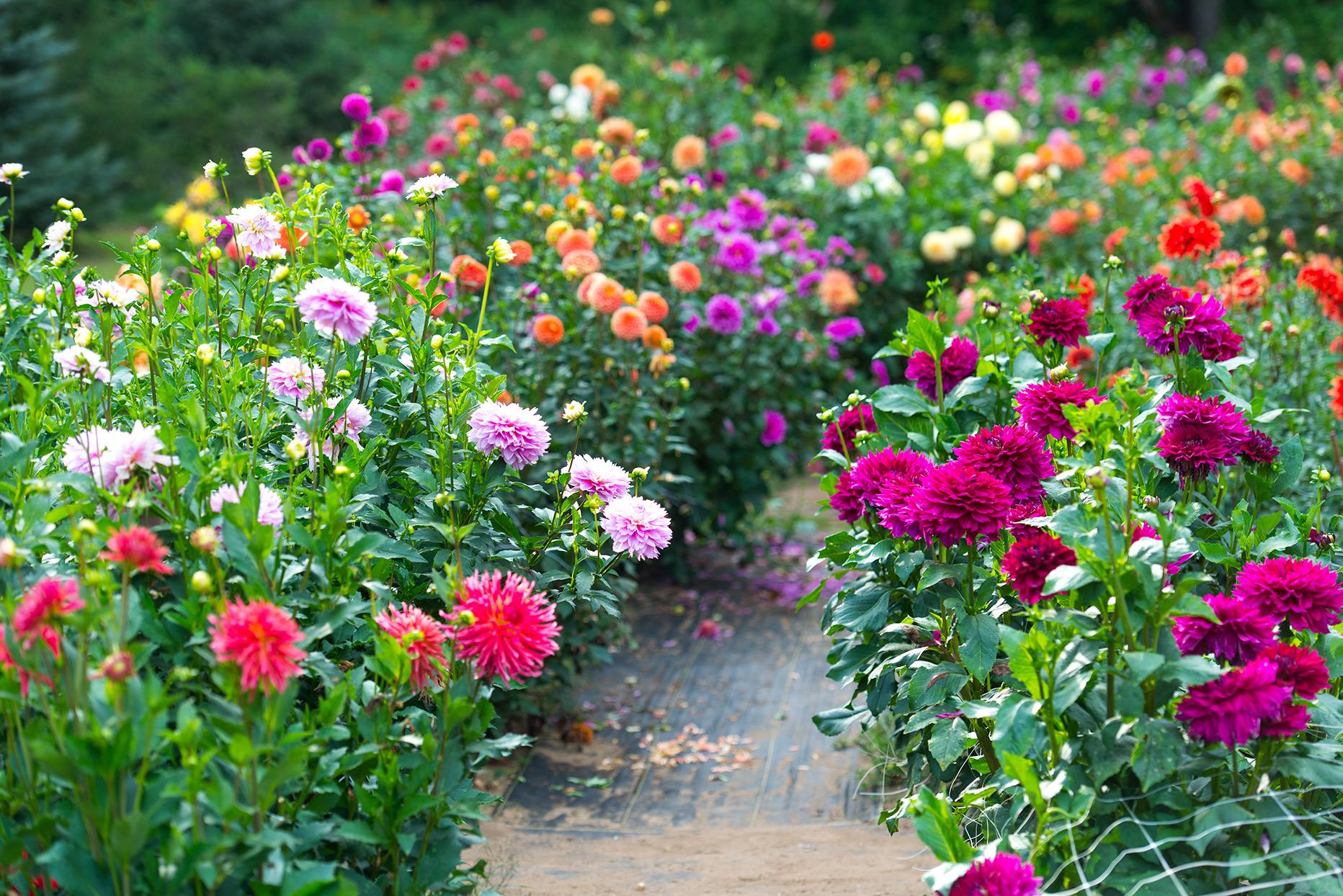 More than a decoration, dahlias have also been put to a myriad of interesting uses over the ages. In their Mexican homeland, they were incorporated into food by indigenous peoples. To this day, it is still an important ingredient in Oaxacan cuisine.

Dahlias also have life-enhancing properties. In the Aztec empire, they were prized as a treatment for epilepsy. In Europe and America, doctors extracted a substance known as diabetic sugar from dahlia tubers, which was used to treat people suffering from diabetes and consumption before insulin was discovered.

A dignified flower, the dahlia is known for its resilience and ability to survive harsh environments like the rugged mountain landscapes of Mexico. This is why some have affectionately named the dahlia the Queen of the Autumn Garden.

Dahlias are associated with many positive values such as grace under pressure, inner strength, kindness, and honesty. In Victorian England, dahlias signified lasting love and lifelong commitment. They sent a loving message of “forever thine.” With many florets together forming a perfectly ordered and radiant flower, dahlias are a visual representation of unity.